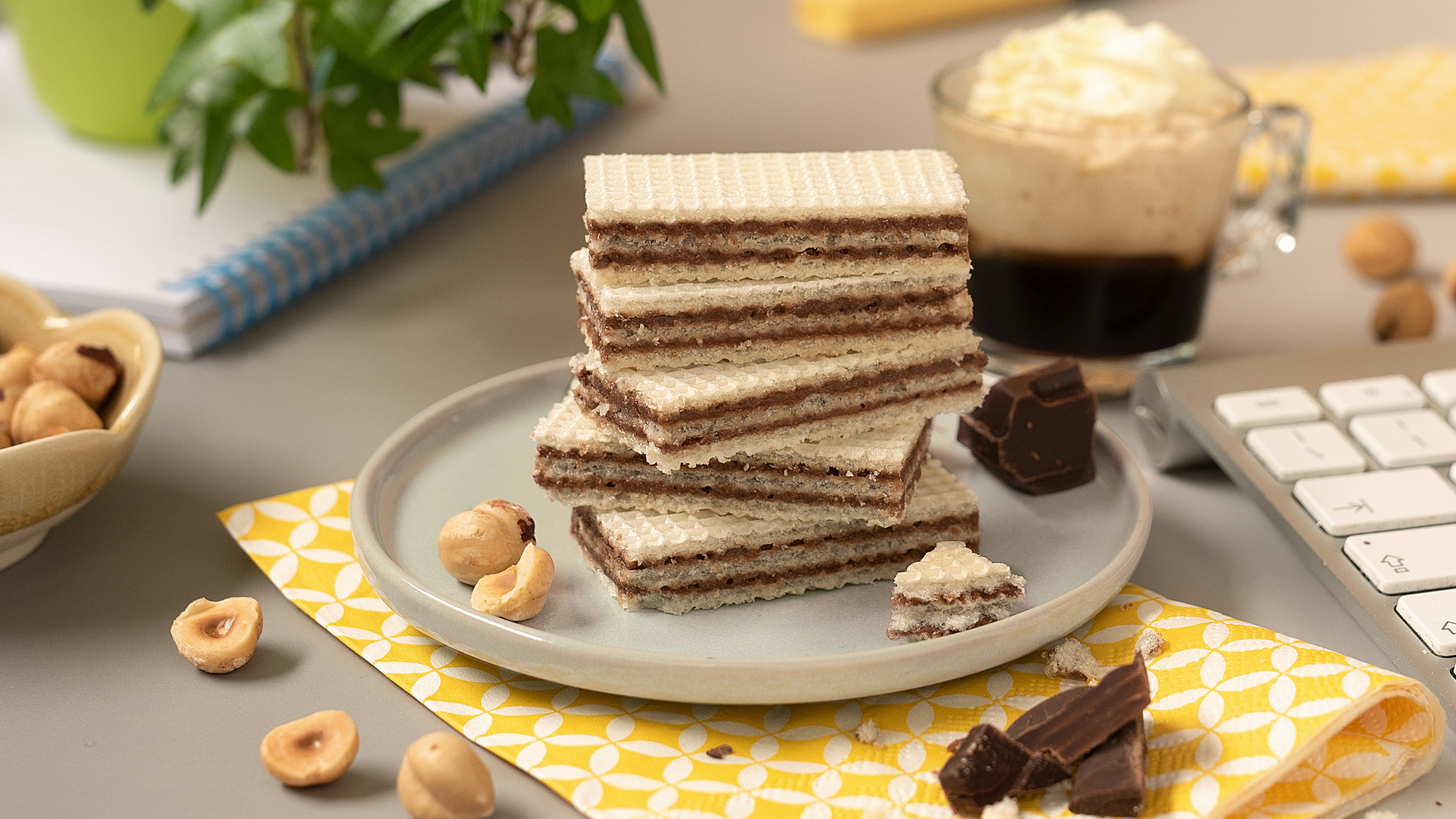 A biscuit is a flour-based baked food product. In most countries biscuits are typically hard, flat and unleavened.

They are usually sweet and may be made with sugar, chocolate, icing, jam, ginger or cinnamon. They can also be savoury and similar to crackers. Types of biscuit include sandwich biscuits, digestive biscuits, ginger biscuits, shortbread biscuits, chocolate chip cookies, chocolate-coated marshmallow treats, Anzac biscuits, biscotti and speculaas. In most of North America, nearly all hard sweet biscuits are called "cookies", while the term "biscuit" refers to a soft, leavened quick bread similar to a scone; see biscuit (bread).

In most of the world outside North America, a biscuit is a small baked product that would be called either a "cookie" or a "cracker" in the United States and most of English-speaking Canada. Biscuits in the United Kingdom, the Isle of Man, and Ireland are usually hard and may be savoury or sweet, such as chocolate biscuits, digestives, hobnobs, ginger nuts, rich tea, shortbread, bourbons, and custard creams. The term "cookie" typically refers to only one type of biscuit (the sweeter baked dough typically containing chocolate chips or raisins); however, it may also locally refer to specific types of biscuits or breads.

In the United States and some parts of English Canada, a "biscuit" is a quick bread, somewhat similar to a scone, and usually unsweetened. Biscuits are usually referred to as either "baking powder biscuits" or "buttermilk biscuits" if buttermilk is used rather than milk as a liquid. A Southern regional variation using the term "beaten biscuit" (or in New England "sea biscuit") is closer to hardtack than soft dough biscuits.