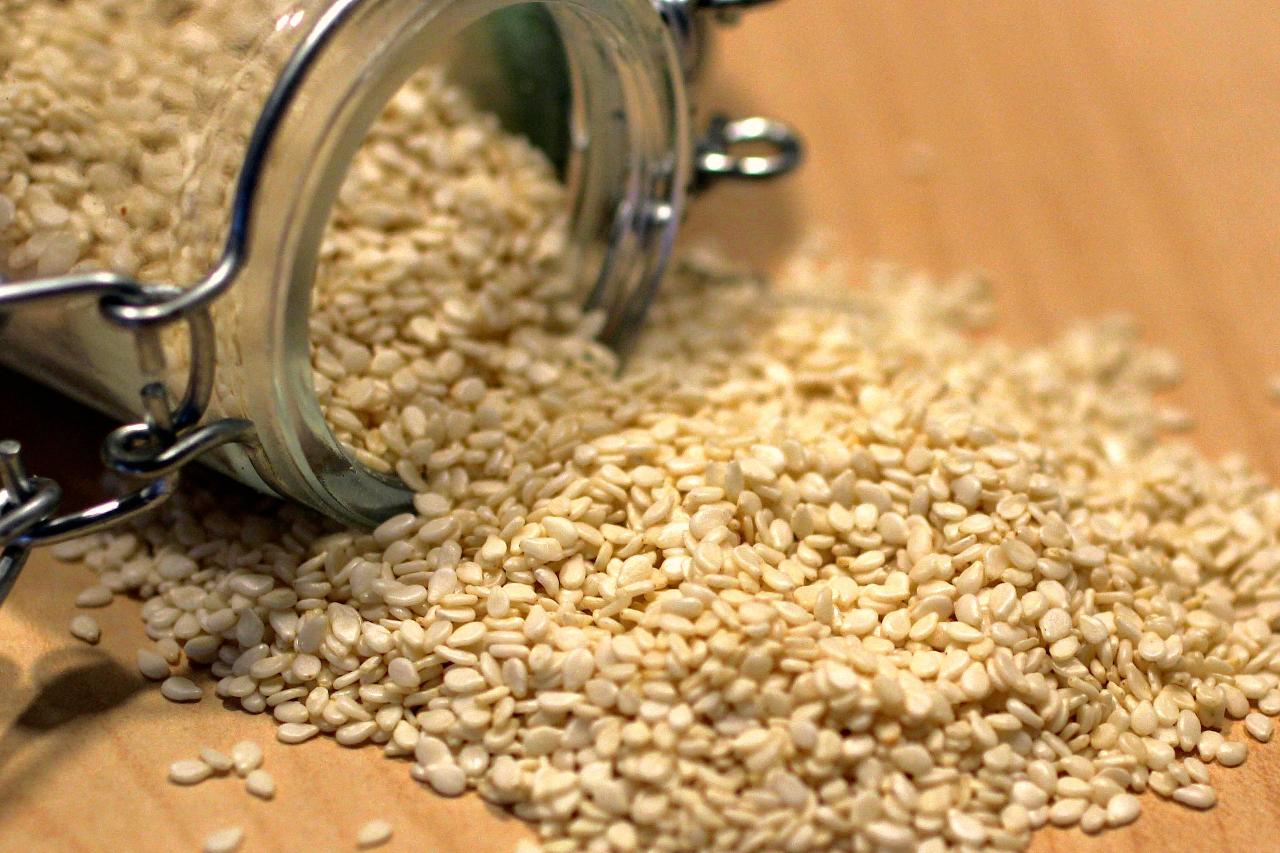 Sesame (/ˈsɛsəmiː/; Sesamum indicum) is a flowering plant in the genus Sesamum, also called benne. Numerous wild relatives occur in Africa and a smaller number in India. It is widely naturalized in tropical regions around the world and is cultivated for its edible seeds, which grow in pods or "buns". World production in 2016 was 6.1 million tonnes, with Tanzania, Myanmar, India, and Sudan as the largest producers.

Sesame seed is one of the oldest oilseed crops known, domesticated well over 3000 years ago. Sesamum has many other species, most being wild and native to sub-Saharan Africa. Sesamum indicum, the cultivated type, originated in India and is tolerant to drought-like conditions, growing where other crops fail. Sesame has one of the highest oil contents of any seed. With a rich, nutty flavor, it is a common ingredient in cuisines across the world. Like other nuts and foods, it can trigger allergic reactions in some people.

Sesame seeds are sometimes sold with the seed coat removed (decorticated); this variety is often present on top of baked goods in many countries.

Samian Trading Co. is exporting Sesame from African countries to several countries around the World..