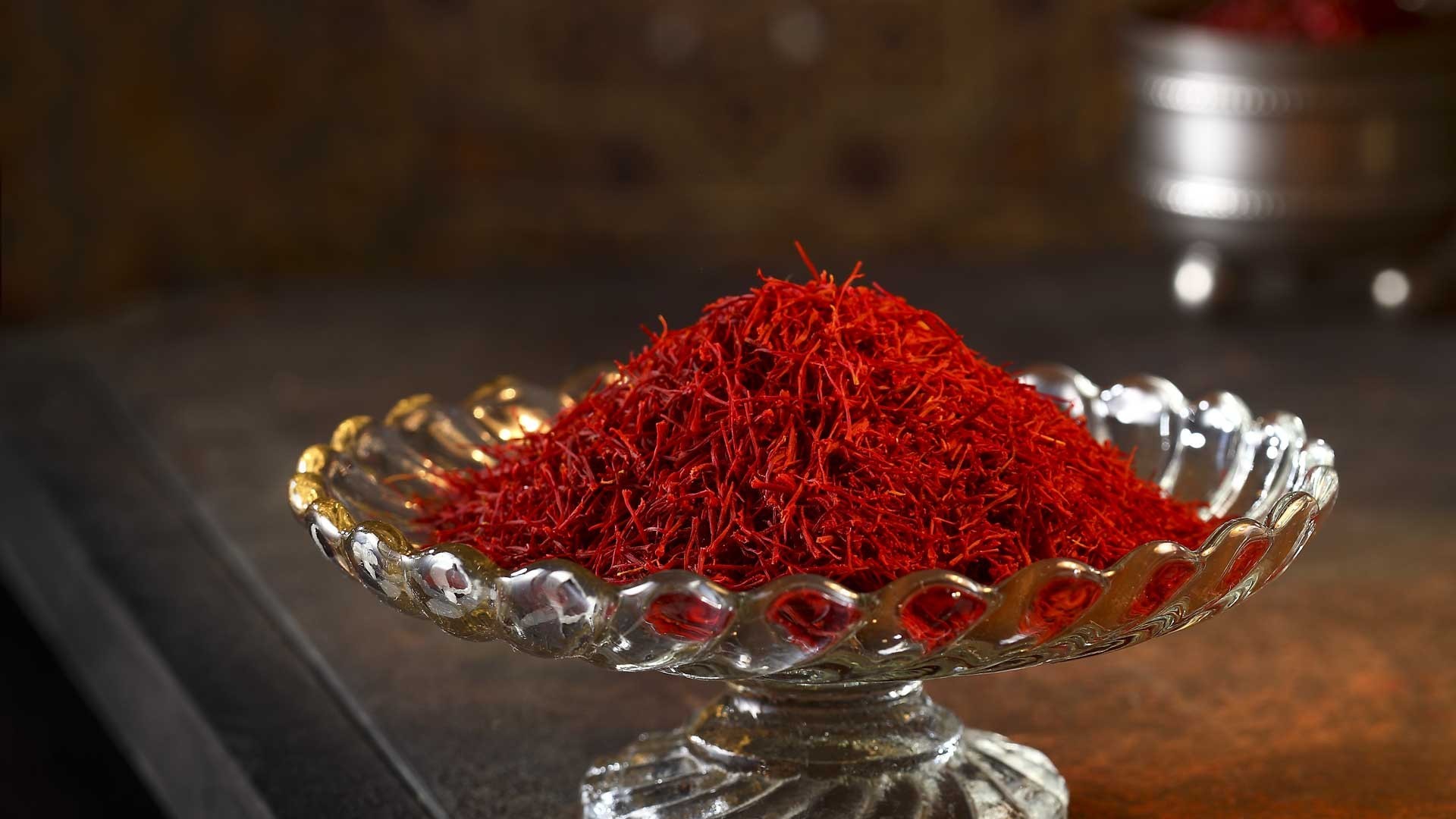 Saffron is a spice derived from the flower of Crocus sativus, commonly known as the "saffron crocus".

The vivid crimson stigma and styles, called threads, are collected and dried for use mainly as a seasoning and colouring agent in food. Saffron has long been the world's costliest spice by weight. Although some doubts remain on its origin, it is believed that saffron originated in Iran. However, Greece and Mesopotamia have also been suggested as the possible region of origin of this plant. Saffron crocus slowly propagated throughout much of Eurasia and was later brought to parts of North Africa, North America, and Oceania.

Saffron's taste and iodoform-like or hay-like fragrance result from the phytochemicals picrocrocin and safranal. It also contains a carotenoid pigment, crocin, which imparts a rich golden-yellow hue to dishes and textiles. Its recorded history is attested in a 7th-century BC Assyrian botanical treatise, and has been traded and used for thousands of years. In the 21st century, Iran produces some 90% of the world total for saffron. At US$5,000 per kg or higher, saffron is the world's most expensive spice.